Travel to Ethiopia : discover the 1001 animals of the country

Read the article&nbsp ↓
Ethiopia is a privileged destination for nature lovers and wildlife photographers because of the diversity of its wildlife. Moreover, the discovery of the endemic species of the country is one of the essential themes of a trip to Ethiopia 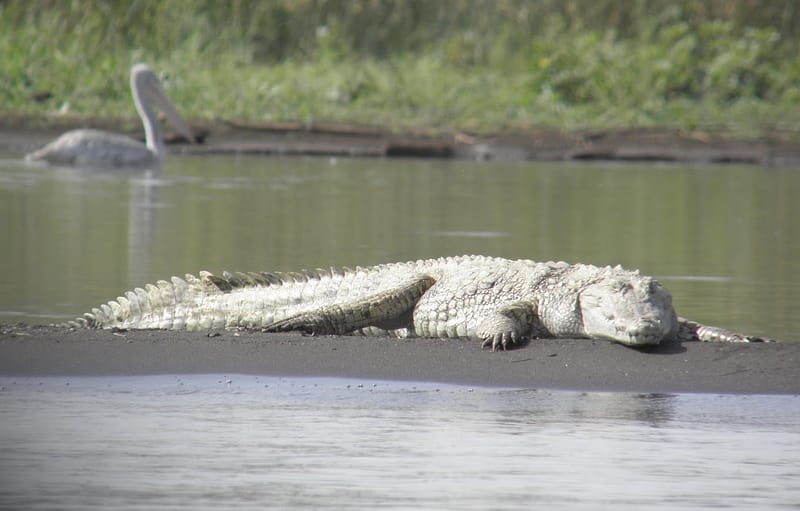 The geographical diversity of Ethiopia, with its high plateaus, rivers in deep valleys, dense forests, and lakes, explains the variety of its ecosystems and wildlife.

All the pictures published in this article were taken by Francis Terrassier ; the following links allow to access his superb photo albums of Ethiopian birds

During your trip to Ethiopia, discover the reserves and national parks spread throughout the country

Ethiopia's geographical characteristics are a determining factor in the isolation of its flora and fauna over millions of years, a phenomenon that has favoured the emergence of endemic species.

For more detailed information on these reserves and the animals found there, please refer to the table at the end of this article, which only mentions some of the 21 national parks and a dozen sanctuaries or protected areas in Ethiopia.

-At respectively 700 and 800 kms south east of Addis Ababa, Omo National Park and that of Mago There are large mammals such as buffalos, elands, giraffes, zebras... and 300 species of birds. Cheetahs, lions and leopards, although present as on other sites in Ethiopia, can only exceptionally be seen.

-Gambella National Park located 200 kms north of the first mentioned, is frequented by numerous antelopes and gazelles, and also by elephants and hippos.

-Moving closer to Addis (400 kms to the south-west), we find Kafa Biosphere ReserveThe area is home to 300 species of birds such as eagles, cranes and other inseparable and sentinel birds of Abyssinia, and as many species of mammals, such as buffaloes, cobas, hippos, primates and rats...the list is not exhaustive.

-NECHISAR National Park on the great rift, 470 kms south of Addis, with lakes Abaya and Chamo, is a paradise for 320 species of birds, including the fish eagle, the Abyssinian bushbuck and the kori bustard. You will not miss the numerous crocodiles (the largest in Africa) and hippos that frequent the banks of Lake Chamo.

- On the same axis as the Nechisar, south of the Lake Ziway where white pelicans, ibises and marabouts abound, one finds the sanctuary of SENKELLE created to protect the endemic Swayne's hartebeest, of which only a few hundred individuals remain.

- The mountainous areas also have their animal treasures. You will have a good chance to see the endemic Abyssinian wolf in the high altitudes of the national park of the BALE Mountains (400kms south-east of Addis), where nyalas, guerezas and other spicy pigs and giant mole rats live.

- More than 800 kms north of Addis, in the national park of the SIMIEN MountsIn the SIMIEN, where several peaks reach more than 4000 m of altitude, you will see, as in BALE, the emblematic Abyssinian wolf and the astonishing raven. The SIMIEN is home to 16 endemic bird species. The massif is also known for the gelada (lion monkeys) which live in bands of up to 800 individuals. SIMIEN is the only place where you may have the chance to see the endemic Abyssinian Ibex.

In Ethiopia the endemic species are numerous

The species retained for a few lines of comments in this article are those for which I have photos taken in their environment.

Some endemic birds of Ethiopia

-the crow crow endemic to Ethiopia can also be found in neighbouring Eritrea. It is the largest of the crows (69 cm). It frequents the mountain ravines from 1200 meters of altitude but it can also be found in the big gardens of the cities. It is not shy. Causes damage to crops. Feeds on carrion, small rodents and human food remains.

-wattled ibis 65 to 75 cm long, it prefers grasslands and highland riverbeds from 1500 m. It can also be found in urban parks. It feeds on worms, larvae and sometimes frogs, mice...you can find it around lakes (Awasa) as well as in the BALE or on the lawns of Addis Ababa.

-blue-winged goose measures between 60 and 75 cm and frequents humid plateaus at altitude. Some comments say it is shy, others that it is easily approached. It grazes on grass but does not disdain insects, worms and small bugs.

-Redstart's rail It is a 30-cm long bird that feeds on aquatic insects, crustaceans, small snails and earthworms found in the grasses or mud of the highland marsh areas where it lives. The species, like others, is threatened by the intensive use of grassy areas by livestock, and the conversion of these areas to grain fields.

-the black-headed serin 9 to 25 cm long, is abundant in the highlands of Ethiopia where it feeds on plant seeds such as the amazing giant lobelia.

Some endemic mammals of Ethiopia

-the geladaThis 90 % herbivore lives on high plateaus not far from cliffs where it takes refuge at night and in case of danger. The males are easily distinguished from the females; they are much larger and heavier (20 kg on average against 13 kg for the females) and have a thick mane which has earned them the name of lion monkey. In addition, the torso of males is marked with a red triangle-shaped area. Geladas move around by "sliding" on their buttocks, which have calluses that act as cushions. Their social system is very developed.

-the Abyssinian wolf is the 3th the rarest canid in the world. Classified as an endangered species, it lives in the highlands at over 3000 m. Its weight is 14 to 19 kg for males and 11 to 14 kg for females. These wolves gather at night in packs of about forty individuals but hunt alone during the day.

-the mountain nyala is a herbivorous bovid living in the highlands between 700 and 4200 m of altitude in herds of about ten individuals. Its weight varies from 150 to 300 kg, its height from 190 to 260 cm and its top speed is 50 km/h. It is relatively safe from its main predator, the leopard, which only moves very little in its environment. The mountain nyala is an endangered species due to habitat destruction and competition with domestic livestock.

Table of location of some animal species in Ethiopia

Neither rare nor endemic, for the pleasure of the eyes

Finally, to know more about the must-see sites to discover during your trip in Ethiopia, it is by here !

PrevPreviousTravelling in Ethiopia: 11 sites to see