Djibouti or the geologists' paradise: 5 sites not to be missed

Read the article&nbsp ↓
In 200 million years, Djibouti will undoubtedly be engulfed in a vast ocean. The continuous, albeit low-intensity, seismic tremors observed on its territory are caused by the very slow displacement (2 cm per year) of the African and Arabian plates, at the intersection of which the Republic of Djibouti is located. But until then, we have time to enjoy the geological wonders of the country. 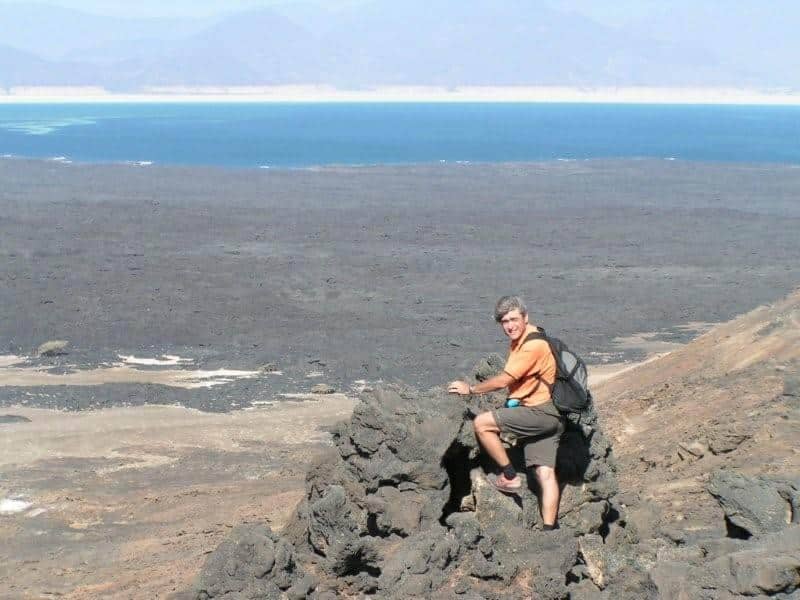 Geologists, SVT teachers, and in general all those interested in geological phenomena will be fascinated by a trip to Djibouti.

This small country alone brings together impressive geological phenomena that have given rise to unique landscapes. Connoisseurs or simply curious travellers will be fascinated by so many discoveries!

The phenomenon of plate separation, which results in the creation of a valley called RIFT, generally occurs under the oceans. In Djibouti it is possible to walk on the Great Rift Valley Fault African! The rift deviates by an average of 2 cm per year!

In the world, the thickness of the earth's crust is generally several tens of kilometres. In several places in the Republic of Djibouti, it does not exceed 5 kilometres. That is why we can observe in the regions of Lake Assal and Lake Abbé the fumaroles and other hot springswhich are evidence of a constantly boiling subsoil.

Covering an area of 54 km², Lake Assal is remarkable from several points of view:

Not far from the Ethiopian border, Lake Abbe also offers a unique panorama. Its limestone chimneys offer a lunar landscape, much appreciated by photographers from all over the world, especially at sunrise and sunset.

It was even chosen as one of the filming locations for the movie "Planet of the Apes", which is not established....

The unique landscapes of the chimneys that can reach a height of 50 metresThe presence of the lake, on which you can observe pink flamingos and many animal species, would almost make us forget the presence of the lake! To find out more about nature and animals in Djibouti, click here. nearby !

For several years now, unfortunately, the progressive drying up of the lake has led to its retreat, making it increasingly difficult to observe flamingos because of the quicksand along the shores of the lake.

Be careful though: travelling with a guide is recommended to avoid the risk of getting stuck.

The movement of the Earth's plates is also at the origin of spectacular volcanic phenomena. For example, the birth of a volcano in 1978, named Ardoukoba by the famous volcanologist Haroun Tazieff.

This volcano has only had one eruption so far, that of its birth in 1978: an eruption of lava that made it a "red" volcano, which then dumped 12 million cubic metres of basaltic lava.

Not far from there is the Goubet, a large body of water that forms the end of the Gulf of Tadjourah. Better known to the local population as the "Abyss of Demons": even today, few fishermen dare to enter it for fear of being dragged to the bottom by demons.

In the centre of this "lake" is "Devil's Island", which is none other than the crater formed by an underwater volcano: the whole body of water is surrounded by mountains, and the bottom of the lake is black with lava, which makes the atmosphere very impressive.

Research and diving by scientists - including Commander Cousteau - would prove that the underwater fauna would be particularly impressive and that very large predators would be present, thanks to the currents that favour the entry into the Goubet and make the exit very complicated...

You will appreciate the panorama and the atmosphere of these volcanic places, thanks to the picnic stops that Africorne offers you in its tours.

Djibouti also has its deserts, and among them, the Grand Bara.

We can only be surprised by the mirages and the swirls of sand of the Great BaraThe desert is a vast expanse of desert, 30 km by 10 km.

And sailing enthusiasts will appreciate an activity for young and old, which is ideal at Grand Bara: sand yachting!

I hope I have conveyed to you some of my enthusiasm for the discovery of all these landscapes and phenomena. There is something for everyone, however, I advise you to focus on the period between October and April to avoid the (very) hot season in Djibouti! Moreover, you will find more information about the climate and the diversity of the landscapes of Djibouti in this article !

If you are planning a trip to Djibouti, you can also read the other blog posts to find out more, and don't hesitate to contact us if you have any questions.

PrevPreviousthe 3 essentials for a trip to Ethiopia
NextThe 2 seasons of Djibouti: a few words about the climate and the best times to leaveSuivant